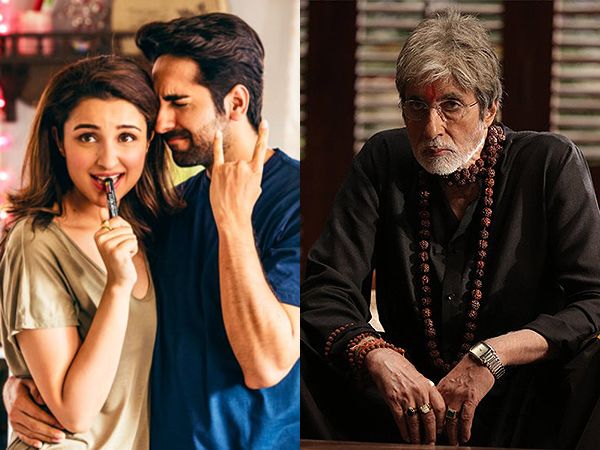 Ayushmann Khurrana and Parineeti Chopra starrer ‘Meri Pyaari Bindu‘ which released yesterday doesn’t seem to have a decent collection for its opening day. The film only managed to grab around 1.75 crore nett apprx, which will become very tough for the film to survive much at the box office. This film was expected to do well since it is a film for the youngsters, at least in the bigger cities but unfortunately it didn’t. Ayushmann’s ‘Dum Laga Ke Haisha’ managed to have a good collection because it was a rich content film and wasn’t really targeted to the youngsters only.

On the other hand, Amitabh Bachchan starrer ‘Sarkar 3’ which also released yesterday only managed to make 2.25 crore nett apprx on its first day at the cineplexes. This film collected slightly more than ‘Meri Pyaari Bindu’ because it released in double the screens of that film and the seating practically all over is lower than ‘Meri Pyaari Bindu’. If we compare ‘Sarkar 3’ to its previous ‘Sarkar Raj’ (2008), it is still lesser than the second installment which had grossed 4.97 crore nett on its opening day. And even before that its first installment ‘Sarkar’ (2005) has opened to 2.43 crore nett which also is higher to ‘Sarkar 3’ opening day collection. Now we have to see if it improves in this weekend or not.