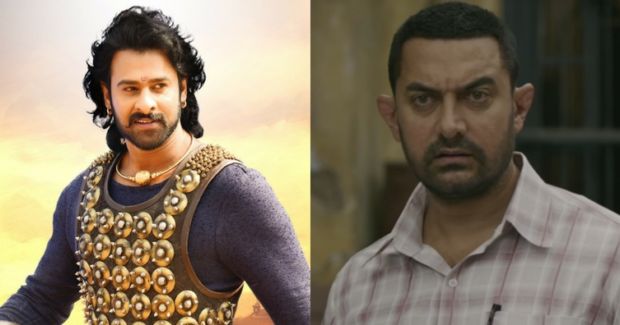 ‘Dangal’ was one of the blockbuster hits of 2016, featuring Aamir characterizing the role of renowned wrestler Mahavir Singh Phogat. The movie bagged a lifetime collection of Rs 387.38 cr. But Prabhas-starrer ‘Baahubali 2’ has not just surpassed the lifetime collection of ‘Dangal’, but it’s Hindi version has also become the first to touch the mark of Rs 400 crore.

The worldwide box office collection of “Baahubali 2: The Conclusion” has already crossed the Rs 1000 crore mark. This is the first time that an Indian film has managed to collect that much money.