SS Rajamouli’s blockbuster movie ‘Baahubali: The Conclusion’ movie has broken all the records in Indian cinema history. The film has set a benchmark of it , an almost unbreakable record. Baahubali 2 becomes the fist Indian movie to collect Rs 1,500 crore worldwide. 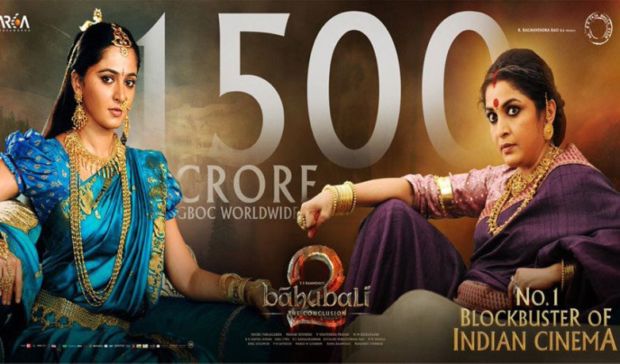 In just 21 days, The Baahubali has earned Rs 1,502 crore gross across the world in which India’s contribution is Rs 1,227 crore according to trade guru Ramesh Bala. 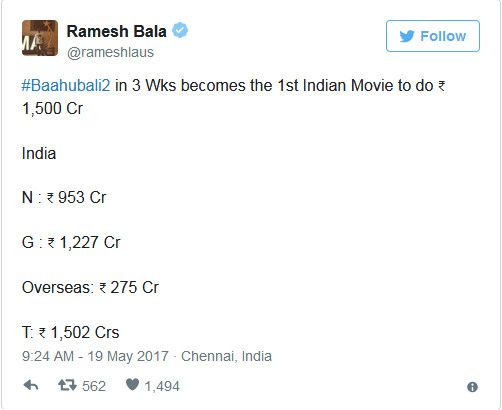 Baahubali 2 has broken several domestic and international box office records since it released on 28 April 2017.