‘Great Grand Masti’ Has A Disappointing Weekend At The Box-Office 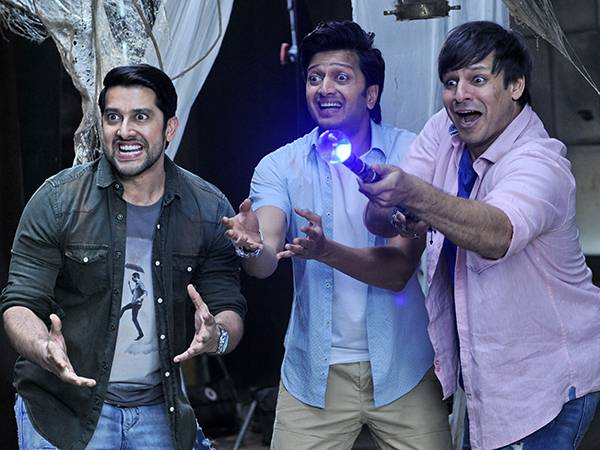 Riteish Deshmukh, Vivek Oberoi and Aftab Shivdasani starrer ‘Great Grand Masti‘ that released this Friday has unfortunately failed to attract audience’ attention. There were high hopes from the film as the previous two instalments of the same had worked wonders at the box-office, but the third one does not seem to entice the audience. By the end of the weekend, ‘Great Grand MAsti’ could only accumulate 8.25 crore nett.

Reports state that the first day collection of the franchise’ second instalment ‘Grand Masti’ was much more than the weekend collection of ‘Great Grand Masti’. It seems the film’s leak before its release has had a tremendous effect on the box-office numbers. Plus, the film is facing a strong competition from Salman Khan’s ‘Sultan’ which is still running strong at the box-office despite being in its second week.

Let’s see if ‘Great Grand Masti’ catches up in the coming days, or falls flat.